"Not Guilty" by Teresa Pollard and Candi Pullen

Book Description
t's 1974 and Carrie Shepherd, daughter of the minister at Windspree Community Church, is a college senior with plans to be a missionary in Africa. Raped by a masked assailant, Carrie is so traumatized she tells no one until she realizes she's pregnant. Refusing to have an abortion, she must find the courage to face her family, her fiance, her friends and a gossiping, angry congregation which may include her attacker. 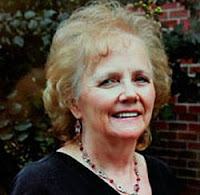 Teresa Pollard is from Richmond, Virginia, and was saved at a young age. She has a Masters degree in English and Creative Writing from Hollins College, and has served as a Sunday School teacher and children's worker for most of the last forty years. Married for forty years, she was devastated by divorce and the death of her youngest daughter, but God has blessed her with a new home and another grandson, and she now resides in Dacula, Georgia. Her website is TeresaPollardWrites.com

"Not Guilty"is a great story!  I love it when authors can take a hard subject like rape and turn it into a great story that teaches life lessons! Yes the subject is hard to to read about, but it is so much better reading about then it is watching a movie or a tv show, like Law and Order SVU, and this book deals with the feelings of all effected by rape, and not just the victim and how the community deals with it. It is also Christian Fiction so that makes it a better read for me.

Carrie Shepherd is engaged and and planning on going to Africa to be a missionary. Great plans, but in moments those plans are changed because of a rape. She is determined not to tell anyone what has happened, not even her finance or her parents. She sends the ring back to Joe and refuses to see him anymore.

The whole community knows something is wrong and then Carrie realizes that she is pregnant. She tells her mother. Her father plans on getting her back with Joe.

The rapist isn't finished, he comes back a second time and this time, Carrie, uses Joe's Christmas gift to clobber him in the head, wait until you read what this gift is, I thought how appropriate!  She faints and the police is call in this time.

This story is so true to life. It shows the feelings of the victim and even how the church members deals  with issues when they don't have the facts.

This book shows how forgiveness and love can go along in healing. It also shows how judging someone when you don't have the facts can be just as damaging as the reason for the judging ( in this story it is because Carrie is pregnant.)

This story is not necessarily a easy read and if you have ever been or known someone that has been raped, it might bring up some issues but the story very plainly teaches RAPE  VICTIMS ARE NOT GUILTY!

There are resource lists in the back of the book if you need help or want more information on rape.

I am giving "Not Guilty" by Teresa Pollard and Candi Pullen five stars.

I was given a copy of "Not Guilty" by the publisher for my honest review.