Spotlighting Kari Trumbo and "An Imperfect Promise " with GiveAway 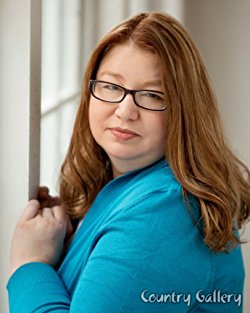 Kari Trumbo is a coauthor of the best-selling Cutter’s Creek continuity series as well as her personal series, The Seven Brides of South Dakota. She began her writing journey five years ago and has indie published over twenty titles. Prior to writing, she was a freelance developmental editor and beta reader.
Kari has a degree in psychology and home schools her four children. She loves to learn new things and believes life should always be a learning environment. To continue her writing education, she is a member of the Romance Writers of America and the American Christian Fiction Writers Association as well as her local chapter, MN N.I.C.E. 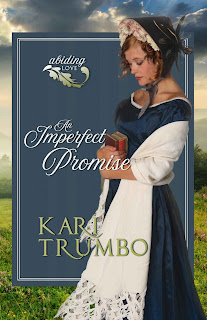 Some promises aren’t meant to last a lifetime.
Gini would do just about anything to take care of the eleven orphans in her custody. She's vowed to never marry, but that oath is pushed to the limits when John moves in next door. The new Nebraska rancher is a tad abrasive but willing to step in when the entire town has given up on her little orphanage. She’s prayed for help for so long, but are God’s plans even bigger than she can conceive?
There are some things a man can’t outrun.
John’s running from the love he left behind in Kansas. On a mission to help his sister, John takes over her ranch, which has seen its share of problems. Day after day, John fights against those trying to seize his land, but a more present danger lurks right next door, the sweet redheaded owner of the orphanage, who’s fast stealing his heart.
As the world closes in on him, John must protect his home from rustlers and his heart from getting trampled, once again. If he can’t, he just might lose them both.
Get this sweet, Christian, romance, first-in-series by bestselling author Kari Trumbo.

Why don't you tell me a little about yourself?
Hi Debbie! I’m really a boring person. That’s why I write, so that I can live many wonderful, though trying, lives. I’ll tell you three things people might not suspect about me: I love to play with my hair color and haven’t had my “natural” color in a very long time. I have a degree in Psychology with a minor in Criminality and Deviance, which I’ll never use…probably. I’ve never met a chocolate I didn’t like.


What inspired you to start writing?
I used to be a developmental editor and beta reader. But I didn’t have the courage to write myself. I was terrified of rejection. So, I wrote my first book without telling a soul that I was doing it.

Tell me about your latest book. 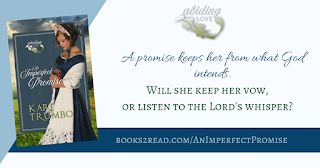 An Imperfect Promise is the story of Gini. She makes a vow with her best friend that she’ll never marry for the sake of the orphanage where they both live and work. That vow is put to the test when John moves in next door…

Do you have any tips for aspiring authors?
Yes, never quit learning. You’ll never write the perfect novel, but you’ll never even write a good one if you don’t keep trying and learning.

Where can we find you and your book?
Many of my books are exclusive to Amazon, though I do have a few titles available on all major retailers.

Links to An Imperfect Promise: www.books2read.com/AnImperfectPromise/ 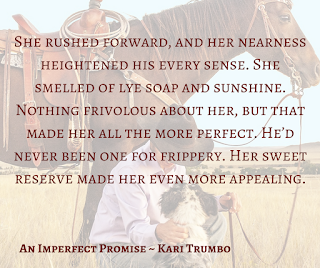 GiveAway
To Be entered to win  an e-book copy of An Imperfect Promise, comment below with your contact info.
Posted by Debbie Curto at 5:25 AM