"More Than Meets the Eye" by Carrie Daws 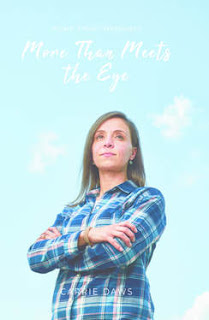 Deployment changed him, and she doesn’t know if she can live with it.

After her husband returns from a deployment to Saudi Arabia, Lori Braxton begins noticing little differences in his behavior. He’s withdrawn, moody, and can’t sleep. Could it be the stress of military life after the 9/11 attack on New York? Maybe it’s the new assignment in Montana or the financial problems he ignores. Perhaps it’s forces she can’t see and doesn’t know how to fight, or maybe she’s a bigger part of the problem than she wants to admit.

What is God doing? Is He even paying attention?
Lori tries to attend church and do what God asks, but the truth is she doesn’t really hear Him speak. Between money strains, pregnancy hormones, and young ones underfoot, Lori spirals into depression.

What good could God possibly bring from the mess surrounding her? 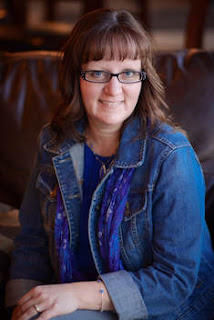 God rewrote Carrie’s dreams to include being an author. With a background in devotions, a mentor encouraged her to try fiction. The writing monster that she barely keeps contained was born. Since then, she’s completed several inspirational fictions and encouraging nonfiction for military spouses.

Order your copy of More Than Meets the Eye today on Amazon.

My Review:
"More Than Meets the Eye" by Carrie Daws is a short read and I recommend it to all who like real life stories and to those you wants to know the struggles that military wives face. I was really drawn into the story but the story ended with me wanting more. It felt like it ended suddenly. That might be because Lori has a change in her and maybe that is really what the story is more than the issues with her husband.

I would so like to read more of Lori's and her husband's story.

This is written like someone is watching the scenes instead of being part of the action but I am giving it three stars.

My favorite quote from the book is "I guess it's just God making changes inside of me. The outside stuff is still hard, and I still have to remind myself every day that God is in control. But I don't have to fight to believe it every second I'm awake anymore."

I was given a complimentary copy by the author and CWA. These opinions are my own.
Posted by Debbie Curto at 6:44 AM