Historical Christian 'Western Adventure' Romance NOVEL, Hope Reborn, is Book 3 in Caryl McAdoo's Texas Romance series scheduled to debut Jaunary 9th, 2015.
Set in 1850, it tells the story of May Meriwether, a successful New York dime novelist thinking life is slipping away unfulfilled. She's bored with the same old heroes and heroines and stories and Uptown social circles. Then she spots an interesting article in the Tribune. Texas Ranger Levi Baylor and his Captain Wallace Rusk have captured the Comance War Chief Bold Eagle.
The wheels start turning. Throwing caution to the wind, she charges her companion Chester to arrange passage to Texas for the both of them. The Rangers will be wonderful hero models for some fresh stories wrought with adventure and intrigue. May couldn't know the troubles she'd find in Texas and what she could lose there in the new wild west state.
Hope Reborn follows Book 1 Vow Unbroken set in 1832 and released by Simon and Schuster's Howard Books March 4th, 2014 wherein Levi is the orphaned nephew of Susannah Baylor, a gritty young widow scratching out a living from the untamed Tejas prairie.
And Book 2 Hearts Stolen that debuted September 5th, 2014 indie published by Ron and Caryl McAdoo. Twelve years have passed and young Levi Baylor is now twenty-six and making quite a name for himself as the Ranger who always gets his man.
Dispatched to the peace camp of Comanche Chief Bold Eagle to pick up the stolen white woman bargained for in Sam Houston's treaty, But the beautiful redhead he spots Sassy Fogelsong, a girl from back home he happens to notice, but her name isn't on his list. 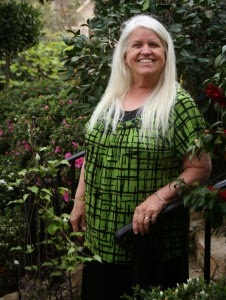 In April, 2012, Caryl met Mary Sue Seymour at NETWO’s Spring Conference and wrote her first historical Christian romance set in the 1800s especially for the agent. (Whose maiden name was remarkably ‘McAdoo’!) Mary Sue offered representation in August, and VOW UNBROKEN sold in October to Howard Books, an imprint of Simon & Schuster. It debuts on March 4, 2014.
Six months later, book two in the Texas Romance series debuted, HEARTS STOLEN set in 1839-1844, Then two months later a new Biblical fiction series The Generations was born with volume one A LITTLE LOWER THAN THE ANGELS, the story of Adam and Eve, Cain and Sheriah, and Abel in Paradise with a kindly old cherub named Namrel!
Caryl, also known as Grami, has fourteen grandsugars (one more than she has books now) and enjoys painting and gardening. A proclaimed psalmist, she’s dedicated to serving God, loving praise and worship and that He frequently gives her new songs. Caryl believes all good things are from Him and prays her new books will minister His love, mercy, and grace to her readers.
Website: http://carylmcadoo.com/
Facebook: https://www.facebook.com/caryl.mcadoo/author
Twitter: https://twitter.com/CarylMcAdoo
Linkedin: www.linkedin.com/pub/caryl-mcadoo/23/623/5
Google+: https://plus.google.com/u/0/+CarylMcAdoo/posts
Goodreads: https://www.goodreads.com/author/show/181587.Caryl_McAdoo?from_search=true
Amazon link:http://www.amazon.com/Hope-Reborn-Caryl-McAdoo/dp/1502817047/ref=la_B00E963CFG_1_6_title_1_pap?s=books&ie=UTF8&qid=1420728398&sr=1-6
MY REVIEW:

Oh my, I don't know how to start this review other than to just come out and say, I am so glad I read "Hope Reborn" and the other two books in the "Texas Romance" series. There is going to be a fourth book also. I am eagerly awaiting it!
"Hope Reborn' continues telling the stories of the character's life that are in “Vow Unbroken” and “Hearts Stolen”. I think “Hope Reborn” can be enjoyed as a stand alone novel but I am glad that I read the first two books first as “ Hope Reborn” mentions the story line in it’s pages.
When May Meriwether arrives in Texas she gets more than she planned on. She went there to write a new novel but finds love also.
“Hope Reborn” and the other two novels in this series are books that a reader could read over and still be like “Wow” I really like this story.
“Hope Reborn” is a Christian romance but the characters have faults just like we all do and these novels are written so well that this reader could picture the scenes in my mind.
There was surprises in all three novels that I really didn’t see coming, but they just made the stories seem more believable.
Like I have already stated these stories are of the Christian Genre but I believe anyone that likes stories about Texas Rangers and Western Adventures set in the 1850’s are going to enjoy this series!
I hope I have enticed you to read these stories, especially “Hope Reborn” because if you read this then I know you will want to read the other two.
May and Henry are in love in “Hope Reborn” but Henry cannot marry an unbeliever. May thinks God is just a fairy tale and the Bible is just a book written by old men. Will there love survive this hurdle or does May go back to New York and forget the only man she has ever loved.
If I haven’t sold you yet on “ Hope Reborn” I really think you should know the ending but I cannot tell you that, I can only tell you that I loved it and disliked it at the same time! Yes it has an ending to the storyline but has a cliff hanger leading into the next book in the series.
I am giving “Hope Reborn” 5 stars!
I received a free copy of this book/Ebook/Product to review. I was not required to write a positive review nor was I compensated in any other way. The opinions I have expressed are my own. I am disclosing this in accordance with the FTC Regulations. I am part of The CWA Review Crew.