To purchase your copy, click here.
About the Book 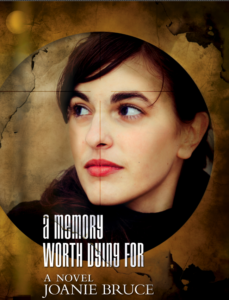 “Do Not Return To Texas!” Marti Rushing gets the message, loud and clear. If she returns to Texas, her life is in danger. If she stays in Tennessee, she’s safe. But when she receives a letter telling her that Daniel, her ex-husband and the love of her life, is dying, she knows she has to defy the stalker and return to Texas to see him. Three years ago, Daniel accused her of things she couldn’t remember doing. Without waiting for an explanation and after four wonderful years of marriage, Daniel kicks her off of his family’s Quarter Horse ranch. Now, three years after their separation, he walks into her art reception in Tennessee and acts like he doesn’t remember her. Does the memory loss have anything to do with the letter she received, or is Daniel pretending? Is he the one stalking her, or is it someone with a deadly, sinister motive? Ignoring the deadly warnings, she leaves for Texas, but on the way there, the attempts on her life begin. Will she be able to evade her pursuer’s attacks? Or will Daniel’s face be the last one she sees? 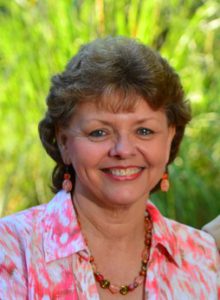 Joanie has a strong passion for reading, and her love for books with nail-biting suspense, inspires her to write contemporary suspense books. Thankful that God has given her the ability to write from her home in the country, she strives to use that opportunity to honor Him in all of her writing. Joanie and her husband, Ben, live in a country home near Madison, Georgia, right in the middle of a pasture full of beef cows. There they raised and homeschooled their three children. She enjoys cooking, taking long walks, painting oil portraits, and caring for their home in the country.

Hello everyone. My name is Joanie Bruce, and I’m happy to visit with you today and tell you a little about myself and my book, “A Memory Worth Dying For.”
The idea for this book actually started from a simple memory. Years ago, I watched a movie about a woman whose father-in-law ruined her marriage. That thought raised a question in my mind: What would happen if a married woman was kicked out of her home by her father-in-law, and her husband never stood up for her against his father?
Many questions and solutions emerged from that one idea, and the brainstorming began… One answer lead to another problem, and the answer to that problem produced another question. When all was done, the plot for this book emerged.
After adding suspense, mystery, love, and a growing spiritual aspect to that one idea, I was able to combine them to form an interesting plot. Finally, after several months of work, “A Memory Worth Dying For” was born.
I love this story because it shows forgiveness at its highest peak. Marti and Daniel have a wonderful marriage, but because of greed, selfishness, and a colossal misunderstanding, that marriage is dissolved. Even though they are separated, the love they feel for each other never wanes. Marti’s love for Daniel throws her into a dangerous situation, but that same love also gives her the perseverance and determination to stay in Texas and fight for the happiness of the man she loves even though her life is threatened if she does. I’m sure you’ve all read the Bible verse Joel 2:25a. “And I will restore to you the years that the locust hath eaten.­­­” That verse is the one Marti clings to throughout the story.
As I do my writing each day, I pray that God will teach me something. Writing this book taught me so many lessons. Not only did I fall in love with the characters, but with the idea of practicing forgiveness in my own life. It also reinforced the knowledge that I should never jump to conclusions and get the facts before I make decisions. In this book, Daniel jumped to a conclusion and listened to gossip which caused the break-up of his marriage and unnecessary stress in his life.
Years ago, one of my Sunday School students gave me a book for Christmas called “In His Steps.” If you remember, that book started the campaign that encouraged you to ask “what would Jesus do?” before every action. I was convicted while reading that book because I knew I wasn’t doing things in my life for the Lord’s glory. So the next Sunday in church, I dedicated my life back to the Lord, and I began praying He would use me in whatever way He chose.
After those sincere prayers, the Lord began showing me how I could use my life and the talents He gave me for Him. It was shortly after that prayer I found out I had the ability to paint portraits, and not long after starting my art career, my first attempt at writing was accepted for a publishing contract. I realized then that following the Lord’s leading in my life and an attitude of gratefulness and obedience all worked together so the Lord would bless my efforts.
If you take anything away from this post, I hope it will be that the Lord can use anyone who is willing to be used. If you surrender your talents to him, no matter what your age or limitations, God can still use you for His glory.
Thank you for listening to my ramblings. I hope and pray that God blesses each of you in all of your accomplishments. 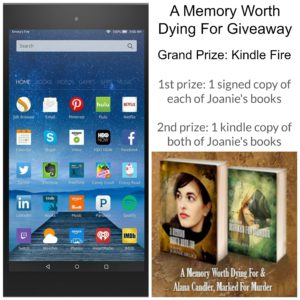 To celebrate her tour, Joanie is giving away a Kindle Fire and her books! Click here to enter:
https://promosimple.com/ps/a29f
Posted by Debbie Curto at 5:37 AM

Thank you, Debbie, for being so kind to review BOTH my books. You're fantastic! I'm glad you enjoyed the books, and thank you for the five star review. You're so sweet. I hope your readers enjoy them as well. Thank you also for recommending them to your local library. That was an unexpected but pleasant surprise. Happy reading. :-)