"Game On" by Lillian Duncan Book Tour and Giveaway 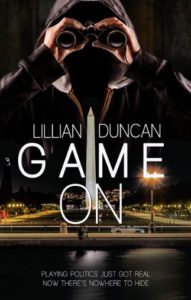 Politics is no game when a stalker nears and there’s nowhere to hide.

A run for the senate is just a step on the road to the White House for Congressman Lucas McMann. But his public profile has put him in the middle of a crazed gunman’s twisted game of stalking. If he wants to win the election and reclaim his life, he’ll need the help of the one person who’d rather leave their past behind them.


Private Investigator Nikki Kent knows how to dig up secrets and discover those who exist in the shadows. She should. She’s good at hiding secrets of her own. Can she risk her own discovery for someone so desperate for her help? For the first man who broke her heart?

With new-found faith, she’ll help Lucas search for the answers. But with the truth comes a danger they must face together.


My Review:
"Game On" by Lillian Duncan is a fast-paced suspense and mystery.  This story is easy to follow and I never guessed who the stalker was. Yes, that was a surprise for sure.

I just loved the ending because it proved that love can win and means more than fame.

There are twists in "Game On" that makes the reader keep turning the pages because you just got to know how it all ends.

I love the beginning and the middle and the ending of "Game On".  I could read more of Lucas and Nikki's story. This is the first book that I have read by Lillian Duncan but it won't be the last.

The reader is reminded of Christian principals throughout the novel, such as forgiveness and patient and Love.

I am giving "Game On" by Lillian Duncan five stars.

I was given a pfd file by the author and Celebrate Lit for my honest review in the book tour. 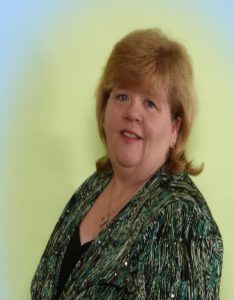 Lillian is a multi-published author who lives in Ohio Amish country with her husband. After being diagnosed with bilateral brain tumors and Neurofibromatosis Type 2 in 2012, Lillian retired as a school speech pathologist after more than thirty years.. She believes in the power of words to transform lives, especially God’s Word.

Lillian writes the types of books she loves to read—fast-paced suspense and mystery with a touch of romance that demonstrates God’s love for all of us. To learn more about Lillian, you may visit her at www.lillianduncan.net or www.lillian-duncan.com. She also has a devotional blog at www.PowerUpWithGod.com.

Guest Post from Lillian Duncan
Everyone’s heard the saying: just because you’re paranoid doesn’t mean someone isn’t out to get you! That’s the premise of my new political thriller, GAME ON.

Congressman, Lucas McMann wants to throw his hat into the political arena once again, this time for the U.S. Senate. It’s the next step on his journey to the White House, but he believes he’s the victim of an elaborate stalking game.

The problem is no one else believes him.

He can’t move forward until he stops the game. He can’t stop the game until he discovers who’s behind it. To do that he needs someone who will believe in him enough to help him get the proof he so desperately wants.

And he knows just the person.

If only she’s put their past behind her.

Private Investigator, Nikki Kent makes a living finding out other people’s secrets, but she has one of her own. When Lucas shows up asking for her help, she refuses. She can’t take the chance of her secret coming to light. But her new-found faith won’t let her turn her back on someone who is desperate for her help—even if he was the first man to break her heart.

Game On is filled with enough twists and turns that will keep you turning those pages late into the night. I really had fun writing it and hope readers will have fun reading it. My publisher outdid herself with the book trailer for GAME ON so I hope you’ll check it out at: https://youtu.be/t6MK2UGB1P0.

To celebrate the release of GAME ON, Lillian is giving away a virtual basket of goodies. One lucky winner will win a $25 Amazon Gift Card and their choice of an e-copy, Nook, or Kindle copy of one of my previously published books—sorry not GAME On. Five other people will be given a $5 Amazon Gift Card. And finally five more winners will get their choice of an e-copy of one of my previously published books.
That’s LOTS of winners!
All you have to do is leave a comment under one of the GAME ON posts at www.lillian-duncan.com , and you’ll be entered. Contest will end on October 1! Winners will be announced on October 2. Be sure to check back to see if you’re a winner! Thanks.
Posted by Debbie Curto at 2:33 PM

I love Lillian's books and this one is another good one.