How could she not be terrified?

When Erika Polowski is abducted from her bed and held captive without explanation, she has one goal. Get away before they kill her.

Keith Auger’s job as an agent is to keep Erika safe—even if it means keeping her locked in an abandoned cabin in the middle of nowhere. At gunpoint.

What should be a routine “involuntary extraction” goes south when someone finds out where they’re hiding. Add to that a coworker with a chip on her shoulder and too many unexplained “accidents,” and it all adds up to one unlikely, terrifying explanation.

There’s a mole in The Agency.

He’s promised to protect her, but can Erika trust a man whose job it is to hold people against their wills? Does his deep faith make it any better or just a whole lot creepier.

The Agency Files: They’ll do whatever it takes to keep their clients safe. Period.

Grab this first book in the series today. 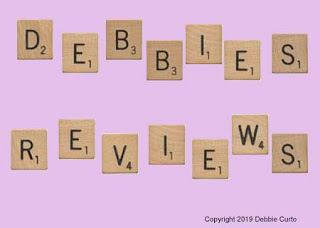 "Justified Means" by Chautona Havig is a novel that kept me reading. I really didn't guess how it ended till I finished the book and I want more books about these agents. I think this book would make a great movie for a date night with my husband, we don't usually like the same movies, but, I think this is one that we would both like. I was pleasantly surprised at the twist in the middle of the book, the story seems like it was ending but then takes up again. I truly recommend this book to readers who like a clean read filled with action and twists.

I received a contemporary copy from the author and Celebrate Lit and these opinions are mine. 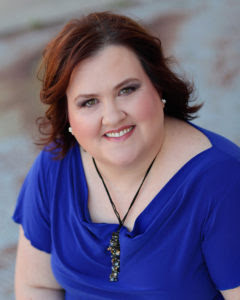 Isn’t That Idea a Bit Crazy and Farfetched?

Black ops teams. They’re the stuff of TV shows and movies. I have no doubt such things exist—military groups that have to exist and work outside the normal scheme of things to give those who answer to the public plausible deniability or some such thing.

What if sometimes a protection company had to work outside the law in order to do the job they needed to do?  What if that meant they might just have to abduct someone to save his or her life?

Those of course led to the granddaddy of all questions. What if that someone didn’t appreciate being saved?

The Agency was born and with it their motto:  Whatever it takes.

That’s what they’ll do to keep their clients safe. Only the wealthy can afford their services. Some of the poorest of the poor receive them. But it always boils down to one primary goal.  Protect their clients at all costs.

Even if the client doesn’t want protection.

Is the idea a bit crazy and far-fetched?  Yeah… probably. But I wouldn’t be surprised to discover there are similar agencies out there, and if there are, I hope they save lives with the sort of compassion my guys have.

For the Love of Literature, January 5

Because I said so — and other adventures in Parenting, January 6

For Him and My Family, January 9

Through the Fire Blogs, January 10

Spoken from the Heart, January 15

Adventures Of a Travelers Wife, January 17

To celebrate her tour, Chautona is giving away the grand prize package of a $25 Amazon gift card and a paperback of the book!!

Thank you for sharing your review of this story, it sounds like a thrilling read and I am looking forward to it.

This sounds like a really good thriller. Thnaks for your review.

This sounds like something my daughter and I would read together.

I enjoy a suspense story so much more when there are twists and turns to keep me guessing. It seems that Justified Means will certainly fit the bill.