"Aboard Providence" by Keely Brooke Keith BookTour and Giveaway 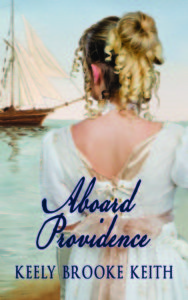 In November 1860, Jonah Ashton boarded the Providence with a plan to escort his family to their new settlement in South America and then return to medical school in Pennsylvania before rumors of Southern rebellion erupt into all-out war. What he didn’t count on was getting lost at sea and falling in love. When they finally reach land, Jonah makes a startling discovery that changes everything, but will it change his heart?

I was swept into "Aboard Providence" by Keely Brooke Keith from the first sentence of the book " Jonah Ashton held two letters, one in each hand, as if the gravity of their messages bore physical weight and his open palms were the pans of Lady Justice's scale."  Now doesn't this make you want to read this book and see what the two letters are about.

"Above Providence" is a story about families who planned on going to South America and starting a new colony but end up somewhere else and one passenger doesn't want to be on the ship.

"Aboard Providence" by Keely Brooke Keith is part of "The Land Uncharted Series". I think anyone that likes clean romance stories and likes to escape real life through reading would enjoy this novel.  Even though "Above Providence" isn't the first book in the series the reader can read it first and not feel like they missing facts from the first three books in the series ( I can say this because I haven't read them but I was not confused by not having important facts from the other books). But, after reading "Above Providence" I have added the other books to my to be read list.

Like all good stories, "Above Providence" has romance, adventure, and mystery, like where are all the guns disappeared too and why, and when explained will have you feeling just a little sad if you are like me.

I really liked all the characters in this story and wanted a happy ending for all but all I will say about the happy ending is some was and some wasn't, just like in real life. But love was shown in the novel between all the characters and forgiveness as well.  I will say Sarah and Marian are my favorite characters, Sarah because she is a sweet five old who adores her Uncle Jonah and Marian because she is a perfect example of unselfishness.

I have given "Above Providence" five stars because they are characters you can believe in.

I was given a complementary copy by the author and Celebrate Lit. The opinions expressed are my mine. 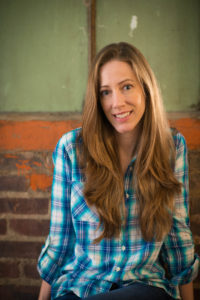 Keely Brooke Keith is the author of the Uncharted series (Edenbrooke Press) and Aboard Providence (CrossRiver Media). Her novels are known for blending genres in unconventional ways. When she isn’t writing stories, Keely enjoys playing bass guitar, preparing homeschool lessons, and collecting antique textbooks. Originally from St. Joseph, Missouri, Keely resides with her husband and their daughter on a hilltop south of Nashville where she dreams up stories, hoping to encourage, comfort, and inspire readers. She is a member of ACFW.

The Uncharted series has a past…

The Uncharted storyline begins in the 21st Century in a hidden land that was settled in the 1860s by Americans. Throughout the Uncharted books, the characters refer to their founders’ history. Soon after the release of The Land Uncharted, readers expressed their desire for more. Why did the founders leave America in 1860? How did they plan the group migration? Where did they believe they were going? How did they establish what is now a fascinating culture?

I too was drawn by the founders’ story. When I set out to write it, I enjoyed fleshing out the mystery of how the founders arrived in the Land and what it was like for them, not only for the characters who wanted that adventure, but also those who didn’t. I became swept away on a journey of faith, sacrifice, and God’s unfailing provision.

The result is Aboard Providence (CrossRiver Media, 2016).

Join the founders as they embark on their voyage to an uncharted land. 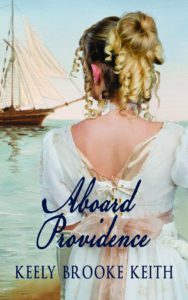 In honor of her tour, Keely is giving away The Uncharted Series ebooks! Click the link below to enter; be sure to comment on this post to claim your nine bonus entries for this giveaway! https://promosimple.com/ps/a60d
Posted by Debbie Curto at 3:28 PM

Thank you for featuring Aboard Providence!

I really loved it. You kept it real like the splinter scene