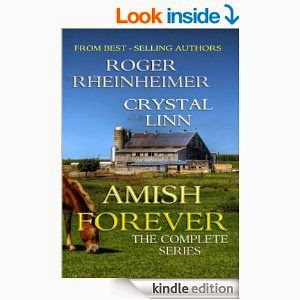 Publication Date: March 12, 2014
Ava Troyer never really considered the possibility of life outside of the warm, protective Amish community. Even during her state-mandated schooling through the eighth grade, she would dreamily fantasize about whether any of the other Amish boys in the history class right after lunch was going to be the father of her children, or if she would meet the man of her dreams from another state, an exciting possibility. But the wreck that killed her father and almost killed Ava, that early Sunday morning, at the hands of an all-night reveler, changed everything. The young man in military fatigues that pulled her to safety spoke Pennsylvania Dutch to her, but he wasn’t Amish. Or was he? And how could she be so powerfully attracted to a young man about to go overseas to war, something she fiercely believed was wrong? 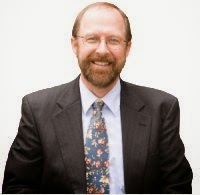 Authors Info: Roger Rheinheimer:
Roger spent the first eighteen years of his life in northern Indiana, in the middle of Amish country. His father was the only doctor for a small town of a little over a thousand people, and had a hitching rail on a side street by his office for the Amish patients. His father bought an eighty acre farm, and Roger and his older brother worked it, raising cattle and growing crops.

While he was still in high school, Roger learned woodworking skills from Elmer Schlabach, his Amish mentor. They built houses in the old-fashioned tradition; hand-mixing the concrete for the foundations to building kitchen cabinets in Elmer's well equipped shop. To this day, Roger enjoys using his wood crafting skills, making acoustic guitars and furniture.
Roger earned an undergraduate degree in Behavioral Psychology from a small private college in the Shenandoah Valley, took a Creative Writing class, loved it, and published a short story called "My Brother." He was a regular contributing writer to the college newspaper.
After nearly thirty years living in Austin, Texas, watching it grow into a large city, Roger and his wife Ginny moved to a small farm in the Pacific Northwest.

Crystal Linn :
In the year 2000 I finally became serious about my writing, even though I am an award-winning poet who has written all of my life. I have been blessed with the ability to write in several styles and formats. It is great fun co-authoring the Amish novels with Roger Rheinheimer.
I look forward to writing more books with Roger, and to begin writing parenting books from my view point as a professional working with children and the adults in their lives.
My home is in the Pacific Northwest with my husband and dog, Rosa. My hobbies include reading mysteries, writing, and sailing with family and friends.

I am giving "Amish Forever - The Complete Series" by Roger Rheinheimer and Crystal Linn five stars! This is twelve stories that was originally published as twelve short novellas, I am glad I was given the complete series for an honest review as I am not sure I would have enjoyed the novellas as much as I did the complete series as the short stories wouldn't have  been long enough. The ending of this complete series left me wanting more of Ava and the young man in military fatigues! I am happy to know that I will get to know more in a new book that is in the works as I am writing this review and it will be "Amish Forever : A New Journey".

The only problem I had with this book was that the storyline was repeated too much but that could have been because the story like I said was originally published as novellas and standalones but it didn't really distract me from enjoying the story!

This story points out that the Amish has problems with jealously and bitterness and I really loved that LOVE WON in the end!

Ava's mother died giving her birth and her Aunt Rachel moved in to help raise her and her three older brothers!  The only problem is Aunt Rachel didn't like Ava's mother at all and is a bitter woman. The problems really start after Ava's father is killed in a wreck and a mystery man moves back to the community and why is one of the three brother's Aunt Rachel's favorite when he is not following the Amish way of life at all!

This book is full of love, and heartache and surprises and struggles, in other words real life!

Love your review. This sounds like a really good book.