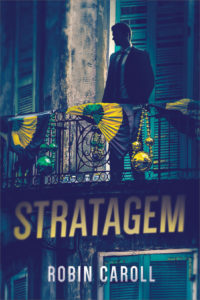 Deep in the gritty underbelly of New Orleans, psychologist Grayson Thibodeaux loses everything when his wife leaves him to climb her company’s corporate ladder. He buries himself in his job of creating mind-bending adventure games for businesses as team-building explorations. When his ex-wife’s company hires Grayson’s to create an elaborate game, he doesn’t see how things can get worse. Until she dies during the course of the game he created…making him the prime suspect for murder.

"Stratagem"by Robin Caroll is a book that is a good read. The plot is a A High-Stakes Simulation Adventure game that turns to murder.  The story is written partly as a murder investigation with the characters telling of what part they played leading up to the murder.

It was a very easy read and flowed along nicely.

It was hard not to think all the characters were guilty of the crime, in fact I was thinking the whole time I read the book that it was all part of the game and the murdered victim wasn't really murdered, but I was wrong. I am never good at figured out the guilty person in books I read or movies that I watch, maybe that is a good thing because it keeps me reading and watching.  I  really liked this book and was wrong about every assumption I made about every character. I am glad I was wrong because all these characters are people that I wanted to like and I ended up liking them all except the real killer.

I haven't watch movies like The Hunger Games and etc, but this book made me think I might want to.  But, "Stratagem" had a little faith factor in the story, by this statement, I mean the character of Grayson Thibodeaux is known to others as a Christian and lives by his faith, not that any preaching is included in the book.

This story is a story of trusting in someone even when the evidence shows trust is not deserved and forgiving even when it is hard.

The story is about adultery and abortion is talked about briefly. 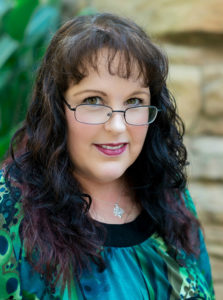 “I love boxing. I love Hallmark movies. I love fishing. I love scrapbooking. Nope, I’ve never fit into the boxes people have wanted to put me in.” Robin Caroll is definitely a contradiction, but one that beckons you to get to know her better. Robin’s passion has always been to tell stories to entertain others and come alongside them on their faith journey—aspects Robin weaves into each of her twenty-five-plus published novels. When she isn’t writing, Robin spends quality time with her husband of nearly three decades, her three beautiful daughters and two handsome grandsons, and their character-filled pets at home. Robin gives back to the writing community by serving as executive director/conference director for ACFW. Her books have been recognized in such contests as the Carol Award, Holt Medallion, Daphne du Maurier, RT Reviewer’s Choice Award, Bookseller’s Best, and Book of the Year.
You can find out more about Robin by visiting  www.robincaroll.com.

Behind the Scenes: Robin Caroll Shares Her Inspiration for Writing Stratagem Dear Reader, Thank you for journeying to New Orleans in a web of deceit and confusion with me. Sharing a place that has such connection for me was a pure joy. South Louisiana offers such a laid-back attitude that I often miss “home.” I hope you’ll enjoy sampling a taste of the flavor of Louisiana. Years ago I watched the movie The Game with Michael Douglas and Sean Penn and was enthralled. There’s just something grabbing about messing with a person’s mind and life by using their own feelings and instincts against them. When this story of Stratagem first began forming, I wanted to use all that intrigue to mess up the game master’s life. The end result is quite the ride! As the characters came alive to me, I found the theme of forgiveness and acceptance coming out in the story. Some of the emotions within this story are very personal to me, and I’m honored I was able to share them with you. It is my wish that you may be touched by Grayson’s faith journey as well. Until next time. . . -Robin 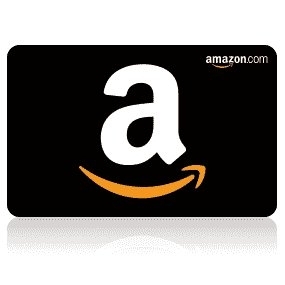 To celebrate her tour, Robin is giving away a grand prize of a $25 Amazon gift card and a copy of Stratagem!!
Be sure to comment on the blog stops for nine extra entries into the giveaway! Click the link below to enter.https://promosimple.com/ps/d629/stratagem-celebration-tour-giveaway
Posted by Debbie Curto at 9:50 AM