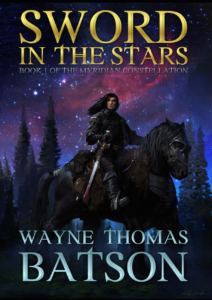 The difference in their uncanny eyes could not be easily discerned. In the rays of the setting sun, both Aravel’s and Morlan’s eyes appeared gold. In the pale moonlight…yellow. Seemingly the same. Such inscrutable likeness is the way of things with identical twins. But all who knew the two brothers well noted unmistakable differences, peculiarities more experienced than seen. Those who stood before King Aravel’s gaze felt the glad firelight of a cozy inn. But those who fell under Morlan’s stare felt the gleam of winter moonlight on the cold, white stone monuments in a boneyard. FROM THE BESTSELLING AUTHOR OF THE DOOR WITHIN TRILOGY comes an epic tale of two powerful kings whose rivalry threatens to tear the world of Myriad apart. Into this chaos of treachery and war, strides ex-assassin Alastair Coldhollow whose quest for redemption leads him to the one foe he cannot defeat with a thrust of his sword. Everything may hinge on an age-old prophecy, but after thousands of years, will the Sword appear in the Stars at last? With the aid of Abbagael Rivynfleur, a not-so-naive girl from the forest villages, Alastair will tread forgotten roads, face legendary creatures, and meet mysterious new races of people, all in an effort to find Myriad’s Halfainin. So begins the sweeping seven-volume Myridian Constellation. Read on to discover what happens when the Sword is in the Stars, and the moon is blood red…

My Review: "Sword in the Stars" by Wayne Thomas Batson is a big book, 566 pages long.  It is the first book in the series. I kept thinking while reading it, I want to get to the end.  I did end up liking the book, but there were some parts that I had a little trouble getting into, so I ended up buying the audio book and listened to it and my husband and son even joined on a few occasions and kept saying " I want this in a movie and told me to check to see if there was one".

This is a story of evil verses good.

I want to read the sequels but I will probably plan on taking more time to read them if they are as long and maybe munch on popcorn while reading or listening it to.

I was given a complimentary copy ( a print book) by the author and Celebrate Lit. These opinions are mine own. 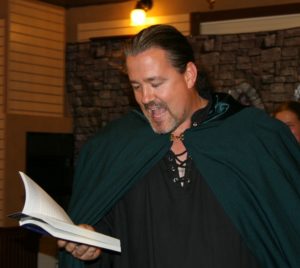 Wayne Thomas Batson is the Bestselling author of seventeen adventure novels including the fan favorite: Door Within Trilogy, the pirate trilogy: The Isle Chronicles, the 7-book fantasy epic: Myridian Constellation, and a supernatural thriller series for adults: GHOST: The John Spector Missions. Batson credits God for every concept, story, word, and phrase (“Except the mistakes,” Batson says. “Those are all me.”) Happily married for 25 years, Batson and his wife have four adult children and make their home in Carroll County, Maryland.
A middle school Reading and English teacher for 27 years, Batson loves to challenge—and be challenged by—his students. So, when he began writing stories to supplement the school district’s curriculum, it was his students who taught their teacher a lesson. Batson’s students were so taken by one of the stories that, over a thirteen-year span, they pushed him to make it into a full-length novel. That story became The Door Within. Since then, Batson’s students continue to be his frontline editors. Says Batson, “Two things you can count on from middle school students: Intelligence and Honesty. Kids are so much more perceptive than a lot of us ‘Big Folk’ give them credit for. And when something’s not right in the story, they’ll tell you about in very clear terms.” With over half a million books in print, Batson believes his books appeal to so many kids and adults because, at a deep level, we all long to do something that matters, and we all dream of another world.

Wayne Thomas Batson here. If you’re wondering why I always use my middle name, no, it’s not because I want to sound all stodgy or literary. Thomas is my father’s name. I’ve always wanted to honor him by using the name in my author name, esp. now because he passed away in 2015. If you’ve been reading my books for a while, you probably think The Door Within is my first book. Technically, however, it is not. The concept for Sword in the Stars actually popped into my head before The Door Within. The book actually appeared in two parts: Alastair’s story and Ariana’s story (from Errant King). At first I just didn’t realize they were both in the same HUGE story. In the meantime, Thomas Nelson/Harper Collins published The Door Within Trilogy, and I kept getting contracts, keeping me from Sword in the Stars until 2012. But God was pretty insistent about the story because I kept getting flooded with ideas for what will eventually become the 7-Book Myridian Constellation series. Seriously, you should see the looks I get at church when I sit down during worship to scrawl story ideas on the back of a church bulletin! 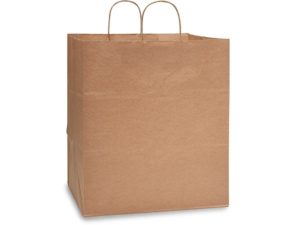 To celebrate his tour, Wayne is giving away a grand prize of The Official Bat Book Box O’ Mystery (including some one of a kind, early handwritten drafts of my published books)!!
Be sure to comment on the blog stops for nine extra entries into the giveaway! Click the link below to enter. https://promosimple.com/ps/d4ec/sword-in-the-stars-celebration-tour-giveaway
Posted by Debbie Curto at 11:14 AM

Loved your review. I thought it should be made into a movie as well.

they both wanted it to be