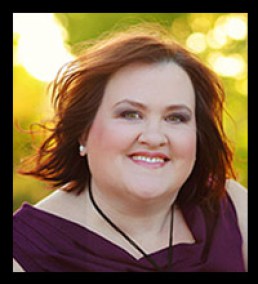 Bio: Chautona Havig lives and writes in California’s Mojave Desert. So, if her theology seems a little dry, or she gets a little long-winded, there’s an obvious reason for that. But she loves Jesus and the weather helps keep her on fire for Him! For more about why she writes, visit her website Bio page: https://chautona.com/bio/ 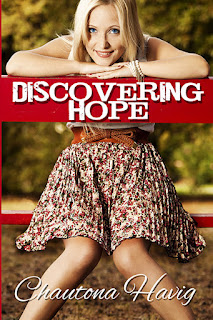 What do Brigadoon, saris, epic laser tag games, and Jesus have in common? Hope.
Hope Senior—all-American girl and student at Rockland University.  Her family came over on the Fortune, less than a year after the Mayflower arrived at Plymouth.
Jay Brown—a charming blend of Indian heritage and American dreams.  He arrived in the United States as a boy, something he hardly remembers.
A chance meeting introduces them, and in time, Hope
introduces Jay to Jesus.
Her faith both intrigues and repels him. He respects and admires her Jesus.  The stories in the Bible tug at his heart, but he cannot accept that without the blood of Jesus, he deserves only hell.
Where Hope fails, can faith move the mountains protecting his heart?
My Review:

The date:  Somewhere around October 30, 2006.  A message pops up on my computer (you know, back in the days of MS Messenger).  “Hey, I just saw this neat challenge.  You write 50K words in the month of November.  It’s called NaNoWriMo.”
After a few questions, I learned it stood for National Novel Writing Month, and people all over the world “competed” against the clock to try to write 1,667 words a day for the month of November.  There was only valid response to a ridiculous idea like that.
“Sign me up!”
So, the next night while my family slept, I stared at the clock on my laptop with one additional challenge I’d made for myself.  It had to be straight-up romance.  In fact, it had to be so stinkin’ romantic that I got sick from the sugary sweetness of it.
After reading the first rough draft, a few friends said I succeeded.  Others laughed at that idea.  I honestly don’t know who was right, because over half the sap got tapped and bottled for distribution elsewhere.  I needed a book I could stand to put my name on.
Discovering Hope. Originally, it was called Hope 101.  I loved her combination of gentle sweetness without being wimpy or boring.  I opened that document that night with only the idea that it had to be sappy romance and her name was Hope.
By the time I finished, I’d created a whole world of characters I hadn’t intended.  And with them, characters from other books stepped in.  I learned a love for pieces of Indian culture, and if a couple of my girls got saris for Christmas that year, well…. *whistles*.
But there’s more than one kind of “romance” in this book.  Not to perpetuate the “God as my boyfriend” notion, there is that gentle wooing that the Word does to draw us to the Lord—to be His bride.  Okay, so I used Song of Solomon.  And yes, there’s a bit of my own problems with the book in Jay Brown’s reaction to it.  Yeah.  I’m totally with him on the fuzzy teeth part.  Seriously, if he hadn’t come to America when he did, I might not have gotten away with that.  Whew!
Brigadoon and laser tag. Good old music and chili cookoffs.  Luke read with the tender voice of a man who wants to understand. Excessive mistletoe.  Family.  Friendships. The love of Jesus.
Is it any wonder, that despite my dislike of romance, this is one of my favorite of my books?

Past Forward— A life lived intentionally. That’s how Kari Finley would describe the world she created on her farm for herself and her daughter, Willow.  But when Willow awakes one morning to find her mother with Jesus, that life changes in ways she never would have imagined.  Past Forward is a serial novel released in six volumes.

HearthLand— Intrigued by Willow’s lifestyle, Ralph Myner sinks most of his retirement fund into creating an intentional community.  People from all walks of life join together to “live life more deliberately.”

Ready or Not—When Aggie Milliken’s sister and brother-in-law die from a freak medical accident, the twenty-two-year-old recent college graduate is thrust into the role of “Auntie Mommy.”  One child would have been a challenge, but eight?  Follow her journey from inept babysitter to Mommy in the Aggie’s Inheritance series.
Speak Now— When Jonathan Lyman met Cara at a wedding, he had no interest in forging a relationship.  Still grieving the loss of his wife, he didn’t know there’d be someone so perfectly suited to help soothe the pain that still gripped him and his children.  But Cara’s gentleness and adaptability proved to be exactly what the Doctor of doctors ordered.

Discovering Hope— When Jay Brown overhears an epic brush-off, he and the brusher, Hope Senior, forge an unlikely friendship.  He’s an Indian immigrant.  She’s so All-American that her family dates back to the Mayflower. But through Christmas lights, epic laser tag, grief, saris, and a few hundred mistletoe sprigs, they may just form more than the friendship of a lifetime.

Manuscript for Murder—  When local celebrity, author Alexa Hartfield, finds her next novel played out as if a script for murder of local residents, she’s both grieved and incensed. With the help of a local officer, she’s on the hunt for who could have “dunnit” before the murderer kills another resident and her career.

Prairie— When Jessa Davidson awakes in the place of her dreams, she finds herself thrust into a world that feels almost too good to be true. Only the new friendships she makes and the lessons the people of Prairie teach her help keep her rooted when her mind insists that none of it can be real.

Confessions of a De-cluttering Junkie—  Kaye Harper has had it.  No one needs six can openers, four umbrellas per person, or a closetful of games all missing pieces.  So, with her family watching on in horror, and her feline nemesis determined to trip her up at every move, Kaye embarks on a de-cluttering mission that might just become a bit of an obsession.

Corner Booth—  Who knew you could lose your heart to someone you’ve never spoken to? When a strange girl stops at Dean Sager’s table and asks if she can join him to avoid a line out the restaurant door, he has no idea that this one shared meal will become a weekly ritual. But contrary to his talkative nature, Dean doesn’t say a word that day or any of the following days.  And an experiment in self-control becomes a lesson in really seeing and understanding people.

None So Blind— Waking up in a house you don’t recognize and with a family hurt that you don’t remember them is hard enough.  But when it feels like you’re forced into a life you didn’t choose, things become almost unbearable.  The only think keeping Ella Weeks from running from it all is the one thing that survived her inexplicable memory loss—her faith.

Justified Means—  An organization designed to protect people where the law can’t, The Agency prides itself in a decade-long almost perfect record. But after an involuntary extraction, Keith Auger can barely stay ahead of those hunting down the woman under their protection.  It doesn’t make it easy when Erika Polowski is determined to escape from her “captors.”

Not a Word— We all make mistakes, but Savannah Forrester had no idea that her biggest mistake has ruined the life of the only guy she’s ever really cared about. Todd “Mac” Mackenzie has allowed the town to think what he will of him to protect her reputation. But when she returns to Brant’s Corners, they both have some explaining to do.

Shadows & Secrets—  In the heart of medieval England, adventure awaits.  Philip Warden has known of “the creature” his entire life, but a chance encounter helps him discover that there’s more to a person than what you see, or don’t see, on the outside. Who knew he and the village pariah would have such great adventures together or become such close friends.

Legends of the Vengeance— Sebastian Soranzo wants nothing more than a normal life in a village somewhere far away from the pirate ship where he lives with his father.  He can’t understand his father’s thirst for revenge and the drive to help those wronged by their governments. But when an old enemy catches up with them, Sebastian finds himself out in the Atlantic in a ship too small to make it safely to the east. 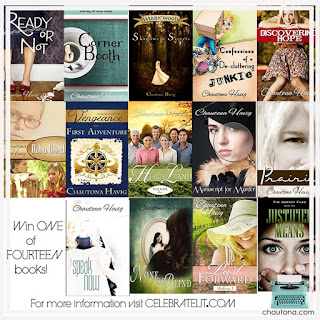 To celebrate her tour, Chautona is giving away a grand prize of the None So Blind Paperback, the Will Not See Paperback, a Journaling Bible (Choice of KJV or NLT), Prismacolor Pencils, and a Christian Hymns Album!! Click below to enter. Be sure to comment on this post before you enter to claim 9 extra entries!

All of these sound interesting! Thank you for the giveaway opportunity

I've read this one! I love her books!

I love this authors blog spot!