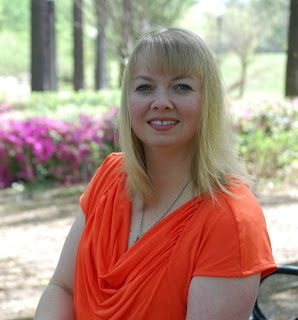 Tanya Eavenson is a bestselling and award-winning inspirational romance author. She enjoys spending time with her husband and their three children. Her favorite pastime is grabbing a cup of coffee, eating chocolate, and reading a good book. You can find her at her website http://www.tanyaeavenson.com/ on Facebook, Twitter, Goodreads, Google, or on Amazon. 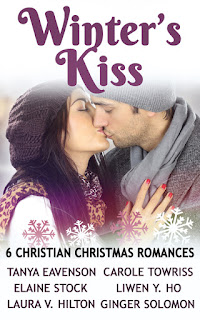 Book Spotlight
Six new Christmas romances from bestselling Christian authors.
Thank you so much for allowing me to share this boxed set with your readers. The title of the boxed set is Winter’s Kiss.  Here is the amazon link for the box set. https://www.amazon.com/dp/B0767LWGCL/

My story that’s included in the boxed set is called To Gain a Bodyguard. 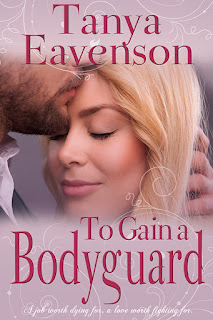 Blurb for To Gain a Bodyguard:

Undercover ICE agent Madi Reynolds has spent years infiltrating a human-trafficking ring, but when her life is threatened, she is forced to walk away and advised to leave the country. Undeterred, she continues her plan to attend her brother’s Christmas wedding, with her partner assigned as her bodyguard. But after seeing Brice care for her niece, she finds it's more than her life that needs protecting. Is there really any defense for the heart?

War Veteran and ICE agent Brice Johnson has been defending his country and American lives for as long as he can remember. Now, he faces the biggest assignment of his life--protect the woman he loves. He's never been one to run from a fight, but when an old flame butts in expecting a second chance with Madi, and crippling visions of war call out to him, he begins to wonder if surrender is an option after all.

The vanity lights from the hotel room accented the highlights in Madi Reynolds’ blond curls. Fingering them, she turned her head to the side and practiced an alluring bat of her lashes.
She was an ICE agent for Homeland Security, but first, she was a woman. Today, she would use both to uncover where a local pimp named Prince was hiding the girls he’d bought through a sex-trafficking ring.
Madi had her own girls, also undercover agents, in four major cities. They knew her as Constance. According to intelligence she was a player, but tonight’s meeting would be her first reach into Atlanta.
After taking a tissue from the box, she blotted her tawny lips, admiring the lace trim on her neckline where the digital mic would capture her conversations. She inhaled a long breath and tossed the tissue into the waste basket.
From the moment she’d woken, she couldn’t shake the feeling something was off. She rehearsed how the next few hours would go—where she’d sit, what she’d say. So much hinged on the outcome of this meeting.
A text came through her cell. Hey, Madilyn, I’m coming to town and hope to see you before the wedding.
Why was Asher texting her now?
She muted her phone and ignored the message. Bowing her head, she let a prayer form. Lord, give me the words, and the—
Two knocks sounded.
“Amen,” she whispered, then put command in her voice. “Who is it?”
“Covington.”
“Enter.”
The door gave its typical creak as it opened. Brice Johnson stepped into the room, stowing his key card inside his dark jacket.
Madi caught a glimpse of the Glock in his side holster and wished she were wearing hers, but there was little room after she poured herself into this dress.
She met his haunting blue eyes and her heart jarred at the intensity of his gaze. To most, he was a war veteran. Undercover, he was Constance’s bodyguard. But to Madi… She wasn’t sure what they were to each other.
A look in his expression made her pause.
Whatever was behind those eyes, his gaze had yet to waver, but hers fell away. She reached for the two-carat diamond earrings and slipped them on. “Is everything set?” She lifted the box that held the matching diamond necklace and opened it gently, hoping he couldn’t see her nervousness. She was never nervous. What was wrong with her? This meeting was too important. Lives of children were at stake, and she had to play her cards to perfection.
“Everything is set, but there’s been a change.”
“Oh.” She began fastening the necklace, her fingers fumbling with the clasp.
“You’ll be with Agent Scott.”
She flinched as Brice took a step closer and slid her long curls over her shoulder.
“I know you’ve been uncomfortable around him lately, but I need to make sure there aren’t any surprises.” He took over fastening the necklace.
“How would you know I was uncomfortable?”
“You bite the inside of your lip.” He lingered for a moment, then laid her hair along her back. “Madi.”
This was the way they were together, him quiet, protective, keeping her at arm’s length. She, on the other hand, found herself breathless in his presence, keeping the hope of them alive.
“Yes?” she whispered, afraid her voice would reveal how his simple touch affected her.
He met her gaze in the mirror once again. “Please be safe.”
“I’ll try.” She swallowed.
Emotion waged within his features as his eyes slid to her neckline. “The wire in place?”
Her pulse quickened and all she could do was nod.
His gaze returned to her face, lingering for a second longer before he turned and left.
Taking in a needy breath, she stared after him.
At times she sensed his mind and heart were untouchable. But moments like these turned the hope of them into unquenchable flames.

You have spotlighted one of my favorite authors. Love her books.