Spotlighting Mary Lingerfelt and A GiveAway 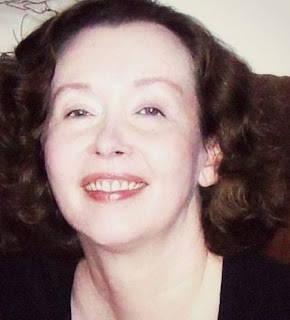 Bio:  I’m a night owl. I find I write best when the house is quiet and still, and I usually don’t get to bed before 2 a.m, I live on tea and chocolate. I am mother to one cat and dozens of very sociable characters, all of whom like to talk to me at inappropriate times. My goal for my stories is that they should be fun reads; but more than that, I hope they show my readers the beauty and satisfaction of a life lived in friendship with God. 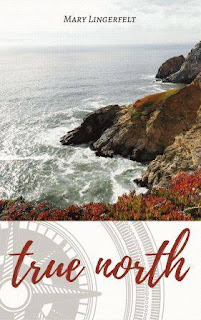 Lucky Morgan is a cynical, world weary filmmaker who's just been dumped by her fiancé. She takes a vacation to Maine to forget him, but soon gets tangled up with the gorgeous PR director of the local hospital. Greg is the best-looking man that Lucky's ever seen, and he seems smitten with her. But is Greg really interested in her, or is he just using her to get free PR for the hospital? When Lucky’s ex arrives and asks her for a second chance, she has to decide which of these shady men to trust―and if she should risk her heart again for another chance at love.

Q: Were these characters based on real people?
A: Yes, some of them. Greg I lifted almost whole from real life, and Eric is very much in appearance and mannerisms like a blonde boy I used to date. He was adorable!

Q: This story is set in a small town in Maine. What is it about the small town setting that made you choose it for this book?
A: The intimacy. In a small town, everyone knows everybody, and as Greg says at one point in the book, the town newspaper is almost unnecessary, because news travels so fast through the grapevine.

Q: This is a love story, of course, but are there other things you were trying to communicate to readers?
A: Yes, I hope to make my readers consider the importance of healthcare, especially in small towns and rural areas. Local hospitals sometimes close because they’re running at such a financial deficit. What happens to the community when the nearest hospital is 30, 40 miles away?

Q: Who does Lucky choose in the end, Greg or Eric?
A: The man who proves to be real.

Special Note: This is a Contemporary Christian romance, and the faith part is integral to the story, so that would be useful to let your readers know what category this story falls into. Also, it's on Kindle Unlimited, and is on sale for 0.99 for a few more days

I watched Greg for awhile from under my lashes: the way the breeze kept blowing his hair into his eyes, the way his jaw worked as he chewed, the way he kept one long leg folded under him while the other stretched out beyond the edge of the blanket.

Mother of mercy, he was gorgeous.

And sitting there, watching him, I understood why women swarmed him everywhere he went. His looks, of course, but more than that: even in his quiet moments, he gave off this vibe of…I didn’t know what to name it, but women have an instinct for strength, and it shimmered off him like waves of heat.

He was humming some tune I’d never heard before, something sad and beautiful and lonely.

He looked over at me.

“Oh, I don’t know the name. I heard it once when I was in London. A woman was singing it as she swept her porch one morning. I don’t know why it stayed with me.”

I whispered: “Sing it for me.”

At first I thought he was going to refuse. He didn’t say anything, didn’t look toward me: but after a minute or two, soft music began to vibrate from his throat. Greg breathed the notes out into the air, as faint and sweet as an echo of the tide.

And as soon as he started singing, I knew it had been a mistake to ask. The Creature’s voice diffused into the air like opium smoke; it shaped itself into the low, barely audible murmur that mothers use over their babies’ cradles…or that lovers use while in each others’ arms. The sound was breathtakingly intimate. It was like having my ear nibbled…that same low, masculine buzz.

The evening star above the sea
Guides all the sailors home
It brings my darling back to me
And nevermore he’ll roam;

For brighter light, and truer star
Shines ever in my eyes
Than beckons from the harbor-bar
Or glitters in the skies.

His deep voice fell silent. Then he turned to look at me. “Now I know what brought that song to my mind,” he said, gesturing toward my chest. “It’s that necklace you’re wearing―the one that looks like a star. You did say that it was supposed to be the North Star, didn’t you?”

I nodded wordlessly. I didn’t remember telling him that, but I must have. My hand went to the chain hanging around my neck.

The silence stretched out. I hardly dared to look at him.

Greg slowly unfolded his long limbs, brushed off his hands, and stood up. “All finished? You know, we still have a little time left. Would you like to have a look inside the cave while we’re here?”

I nodded. If he’d asked me to set my hair on fire, I would’ve done the same. At that point, I was only hearing the sound of his deep, beautiful voice, like smoke curling through my brain. Temptation settled over me like a fine mist, like drug-laced snow, and I was imagining stupid, dangerous things. Things that might compromise the film.

I looked up at Greg and was stabbed by the fear that he was just trying to use me, like a few men before him who’d wanted free advertising or a plug for their business in my films. Greg was the perfect man for a seduction, and for the first time in my life, I was in danger of falling for a very old, very cruel trick.

Good morning Debbie and thanks for dropping by, Becky. I'm excited to be here on Debbie's blog! I've been working on True North for years, and finally finished this summer. It was a lot of fun to write, and I hope readers enjoy it.

A new to me author. I enjoyed her interview and the book sounds like a good one.

This author is new to be. It looks like an interesting book! Thanks for the chance.

Thanks for introducing me to a new author. Looking forward to reading this book.
Janet E.
von1janet(at)gmail(dot)com

The winners are A ebook copy of True North goes to Ann Lacy Ellison and the $10.00 gift card goes to Becky Smith