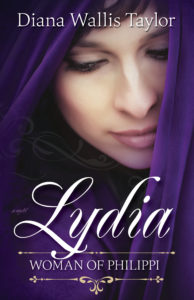 Name of book: Lydia
Author: Diana Wallis Taylor
Genre: Biblical Fiction
Release Date: October 3, 2017
Smart, strong, and a follower of the Jewish God, Lydia has nonetheless quietly conformed to the expectations of the wealthy Roman society into which she was born. Her father marries her off at age fifteen to a much older man whom she dislikes. Despite an unpleasant wedding and a marriage that doesn’t improve with age, Lydia remains a dutiful and faithful wife. When her husband is killed, years later, Lydia vows to remain single and returns to her father’s house in Thyatira with her twelve-year-old daughter.
There, a new life begins to emerge as she is trained in the family dye business. Lydia displays an aptitude for trade in the male-dominated world of first century commerce. Her brother, who had chosen service in the Roman army rather than work in his father’s business, is at odds with his sister. Jealous of her quiet success as she learns the dye business, he’s especially befuddled by what he considers to be Lydia’s obsession with the Jewish religion. When their father dies, Cassius inherits the family’s home; Lydia inherits the business, and unbeknownst to her brother, a small villa in the city of Philippi.
Lydia flees with her mother and daughter to Philippi where she sets up shop. At the mercy of a patriarchal society, Lydia needs a man to serve as the public face for her business. She discovers the right person in the handsome face of Greek man she’d hired — an employee with whom she develops a close friendship. The plot thickens as Lydia meets a strange man named Paul the apostle who is stirring up crowds in town. When Lydia’s brother shows up in Philippi, determined to force her to sell the business, he discovers plenty of fuel to accomplish his goals.

"Lydia" by Diana Wallis Taylor makes "Lydia" more than a woman in the Bible that sells purple linens.   This story brings out that Lydia is a woman that has to overcome many obstacles in her life.  I loved reading the story of Paul and how he and Lydia started the church of Philippi.  Stories like "Lydia" by Diana Wallis is the reason I like to read fiction Christian Historical because they bring the Biblical people to life and the stories also teach Biblical truth.

When I read or hear a sermon about "Lydia"  in the future I will think about all she endured and remember that if you let God use you, you could change the world and be used in a mighty way.
About the Author: 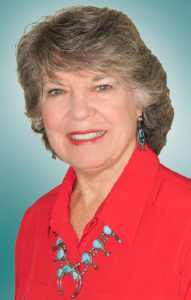 Diana Wallis Taylor is best known for her creative stories based on women in the Bible. Thousands have read and enjoyed her books including Mary Chosen of God, Ruth, Mother of Kings, Martha, Journey to the Well, Mary Magdalene, and Claudia, Wife of Pontius Pilate. She is the recipient of numerous awards and honors with the San Diego Library naming her one of 12 “Writers to Watch” in 2017 for Mary, Chosen of God. Her books have received Gold and Silver Medallion Awards for Christian Fiction and she is a San Diego Christian Writer’s Guild “Writer of the Year.” Mary, Chosen of God is a 2017 Christy Award nominee. An inspirational speaker, Diana also leads creative writing and poetry workshops. She lives in San Diego with her husband, Frank. They have six grown children and ten grandchildren 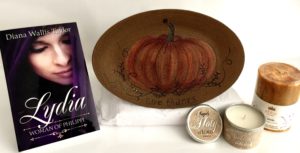 Our readers in the church library enjoy reading these type of books. Thanks for entering me in your giveaway.
Janet E.
von1janet(at)gmail(dot)com

Thanks for the nice review!