"The Heart of an Agent " by Tracey J. Lyons Book Tour and Giveaway 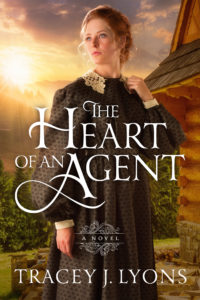 Name of book: The Heart of an Agent

Tracey J. Lyons, the author of A Changed Agent, returns to the Adirondack Mountains of the 1890s in a novel of love, faith, and secrets…

Former Pinkerton spy Lily Handland has always dreamed of a quiet, safe life, free from chasing criminals and putting herself at risk. So when the opportunity to invest in a failing Great Camp in the Adirondacks comes to her attention, she quickly jumps at the chance.

Filled with grief, widower Owen Murphy wants to run away from it all. Though he’s worked hard to forge a future for himself, his guilt has kept him mired in the past. But all that changes when a headstrong, mysterious woman shows up at Owen’s door. Together, as Lily and Owen restore the beauty of the Great Camp, he begins to finally see a future. But will learning about Lily’s past destroy it all?

My Review:
"The Heart of an Agent "by Tracey J. Lyons is the second book in the "The Adirondack Pinkerton" series. I think a reader would enjoy this book as a standalone, even though we meet the heroine Lily in the first book.

"The Heart of an Agent " is a story about second chances at life and love for both the hero and the heroine, Owen and Lily. It is also about trust and forgiveness.

I enjoyed reading this story. I could actually feel Owen's sadness and grief over the loss of his beloved wife Rachel.  I could also feel Lily's fear that her secret life as a Pinkerton spy would be discovered and destroy her chance of finally being "home".

This is a clean read and though this book is part of a series on the Pinkerton spies, the story is not  about a case being solved.

If you want a story that is a romance and no intrigue then this is the book for you. There are plenty of struggles between Owen and Lily on how to restore Murphy Camp.  There is a little scene where Lily is accosted by a lumberjack but it is quickly stopped.

As in most books, there is a character that you love to hate, well in "The Heart of an Agent" this character for me is Owen's Aunt Desdemona. 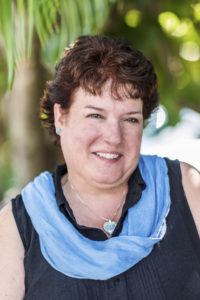 An Amazon Top Ten bestselling historical romance author of the Adirondack Pinkertons and the Women of Surprise series, Tracey was a 2017 National Excellence Romance Fiction Award finalist. She sold her first book on 9/9/99! Her books have been translated into several languages and are available in print, digital and audio formats. A true upstate New Yorker, Tracey believes you should write what you know. Her historical romances are all set in the New York State area. Tracey considers herself a small town gal who writes small town romances. You can learn more about Tracey and her books by visiting her website at www.traceylyons.com.


My family and I spent a lot of time in the Adirondack Mountains of New York State. When I came up with the idea for the Pinkerton series, I knew the books had to be set in a place that I loved. The Heart of An Agent, book 2 in The Adirondack Pinkertons series takes place at an Adirondack great camp. Imagine a time when people would travel from faraway places to hike the many trails or lounge on a porch in one of the famed Adirondack chairs. These intricate, grand structures, built during the latter part of the nineteenth century are part of the unique landscape and history that makes up the Adirondack Mountains of upstate New York. I enjoyed creating the fictional Murphy camp, the setting for Lily Handland and Owen Murphy’s story.
Blog Stops


To Everything a Season, December 3


Have A Wonderful Day, December 8


With a Joyful Noise, December 9 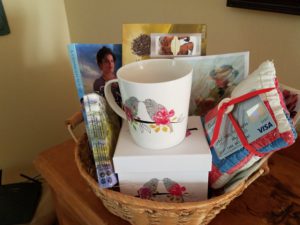 To celebrate her tour, Tracey is giving away a Grand Prize Package of a tea-time themed gift box (Valued at over $75) and a $25 Visa Gift Card!!

this sounds great inspiring also a step out of my norm but would be greatly thankful thank you!

Tea and a good book. What a great combination.

Thanks for being a part of this your and for sharing your thoughts.

I really like spy stories. This looks extra good. Thanks for the review.

Wow! What a great prize!